today we want to share a remarkable review about PARADISE written by Synth & Sequences master Sylvain Lupari.
Sometimes there are rare moments in life, which are like breathing fresh air. This is one of this special moments. Read here: 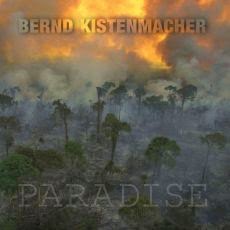 MIRecords | MI10080 (CD 65:37) ***** (Symphonic EM)
Bernd Kistenmacher had literally riveted my ears to my loudspeakers with the striking Utopia. He managed to implant a rather dramatic cachet in black intrusive universe where the dissonance has found the roads of harmony. Clearly more melodious, a bit less clashing, a little more ambiospherical but always so wrapped by an immense dramatic veil, “Paradise” lies down its fascinating influence on our senses. The paradise in question is literally the one that we wish at the end of our days. Is it a utopia? The link is to make, so much Bernd Kistenmacher pulls us with so much subtlety in the spheres of a fantasy that alone we have the keys of the secret.
Singings of birds are waiting for our ears at the opening of "Ghosts". Their chants are melting in a threatening decoration where are muttering breaths of thunder and oozes a rain which becomes more and more plentiful. An attractive sound fauna unveils little by little its charms as time goes by and  as "Ghosts" evaporates  in its dust. Delicate philharmonic breezes are blowing among the paradisiacal birdsongs, bringing these soft ambiences outside the paths of sadness. Of all this, there will be the vestiges of a forgotten melody which will resuscitate in the tumults of "Born from Innocence". But before, its intro shines like a rivulet of prisms delicately whipped by lazy breezes. An unctuous wave gets gild by the charms of a flute, while slowly some notes of a Hispanic guitar try to lure the percussions which are tumbling more and more heavily. The tumult, the dissonance of Utopia is reborn here. The rhythm of "Born from Innocence" is hammered by titanic percussions which structure a heavy and slow war march. The melody buried in "Ghosts" splashes up here by the breaths of a philharmonic synth. The rhythm is shaking with frantic percussions. Angelic voices perfume the ambiences of a celestial approach while the heavy bass line inflates its trumpetings. We dive into the comfortable Kistenmacher frenzy. Violent thunders of percussions roll like infernal waves of rhythm, propelling whispers and sniggers. Voices, elements of paranoia get graft in a hubbub as much dissonant as this heavy and violent structure of rhythm which will free itself of its madness at around the 9th minute into a more rock structure. And as if it was possible, "Born from Innocence" glorifies itself of a fluid rhythm, surprisingly musical. A kind of heavy but fluid hip-hop which quietly turns around in the electronic markers of its intro. Wonderful and totally exhilarating! Already, I feel that this “Paradise” will fill me of pleasure, as much as Utopia. From a snore of a chainsaw to that of a big bumblebee, the intro of "Devastating Destruction" does nothing to moderate my waits. And as soon as the chords of nostalgic Vangelis go out from dusts of trees coming to fall, the magic remains stuck deep in my eardrums. Sad and oppressive, "Devastating Destruction" is a very meditative piece with a synth to the harmonies weaved straight from the tears rolling on our cheeks.
"Raindance" is the other huge jewel of “Paradise”. The bass line is of a kind of groove with chords which pulse and wave on the rollings of the percussions. Percussions which rub a hymn more rock than electronic, whereas keyboard chords get mix up with guitar riffs which fall nonchalantly, pecking at a ambiguous rhythm which magnetizes us of its skin of cosmic rock. This is no more and no less a continuity of "Born from Innocence", but in a less dissonant envelope and in a more poignant crescendo. The heaviness is omnipresent there. And the cinematographic veil is just as much intense with enthralling layers to the aromas of old penetrating organ. The same goes for "Distant Danger" where these layers float on the tick-tocks of an asymmetrical metronome. There are also ashes of Utopia mixed up in these synth layers. The tick-tocks become frantic tam-tams. And "Distant Danger" is melting into a stunning tribal rhythm filled by deep Roach fragrances where the movement, all the same rather violent, floats more that it moves. It's rather transported, livened up by synth pads in the colors of old apocalyptic organ which float as the shadows of vampires on some unchained tam-tams. Majestic! I'm nailed to my armchair. And that doesn't stop! A distant drone emerges from the silence to mold these fascinating black twists which embrace the tormented melody, and drummed on a keyboard, of "Everlasting Magic". Of its minimalist cocoon, the melody wraps itself of nuances of which the dark veils shape the slow impulses which guide its movement through a thick cloud of twinkling prisms. We cannot deny the influences of Vangelis on the works of Bernd Kistenmacher and it's even more striking on this track which uses perfumes of superb orchestrations. And these orchestrations are slow, anfractuous and enveloping in "Belt of Forests". The prisms are always shining here, but they are wrapped by orchestral caresses which are transformed into violent torrents of staccato, imposing a hatched rhythm where violins and cellos bicker between violence and tenderness in a filmic structure where the disorder is astride on paradoxes before losing any swiftness in the jingles of the chords and the bass pulsations which brand our ears by all this dimension of a work that we hoped anymore after the powerful starting gun which was Utopia. Hat to you Bernd! Here is your best album to life.
Sylvain Lupari (January 26th, 2015) 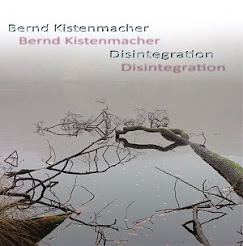 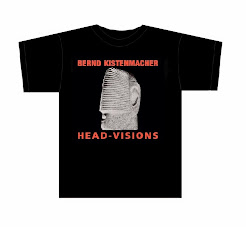